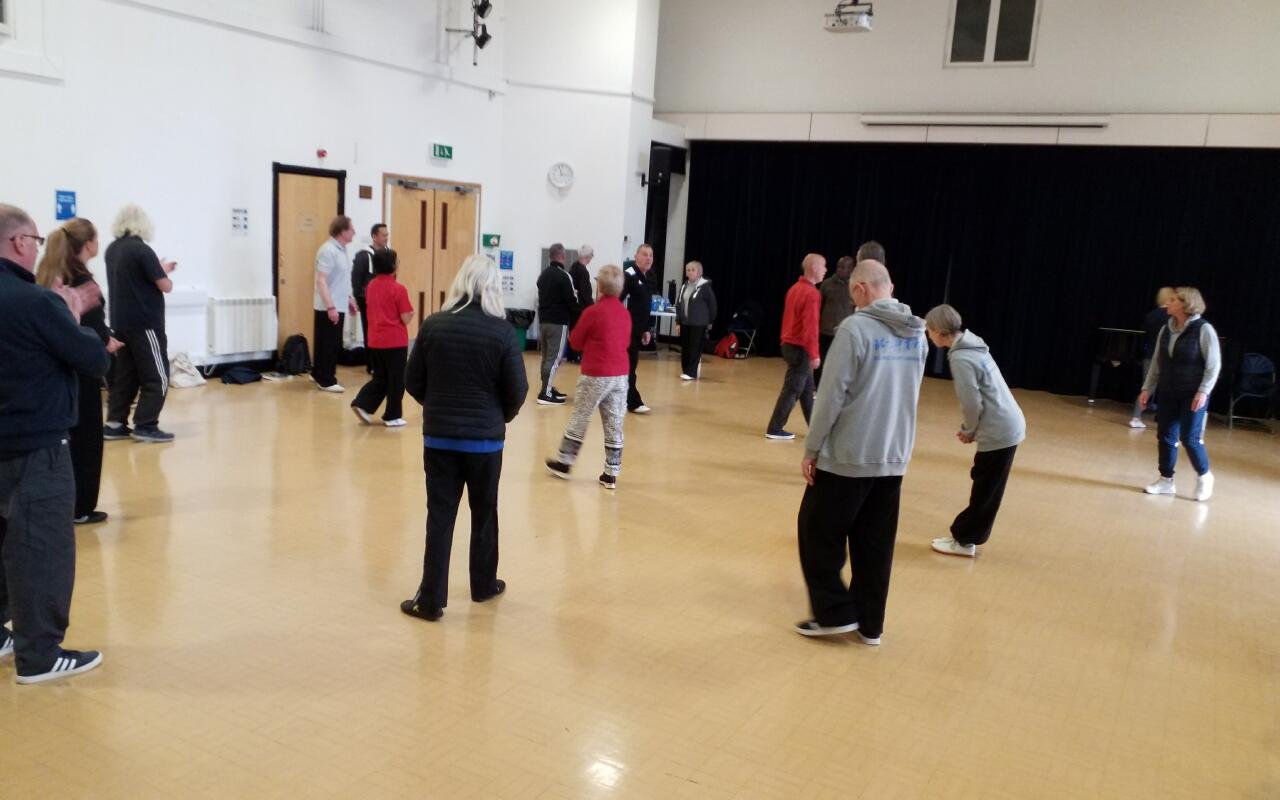 On a drenching, wet October Saturday, 28 students turned out at the Lochinver School Hall, Potters bar, to take part in a workshop led by Simon Watson ( Longfei Taijiquan Association of Great Britain ) covering the Yang Style 88 routine in detail; the workshop was attended by Simon from COREhealth

Simon Watson is Senior Technical Advisor to Longfei Taijiquan Association of Great Britain. He began his training 22 years ago with his father Richard Watson. Since the formation of Longfei in 1991 he has trained extensively with his father, Professor Li De Yin and Master Wang Yanji. He has had a successful career in British Taiji competition and has been team captain to the British Wushu Team for both the European and World Wushu Championships.

After arriving at 9:00, the session started at 9:30am with a full body warm up. Simon explained that we would be exploring the first 30 moves in the morning, the second 30 moves in the afternoon, and the last 28 on Sunday Morning - these were not covered on the Saturday. When asked, most of the 28 students had practised (though not remembered) the full 88 routine with  the other 6 being familiar with the 24. The coaching then begin.

Simon uses wit and humour mixed liberally with reminiscences from his long experience of Taiji and Qigong to reinforce his detailed knowledge of the form and it's details. Throughout the day, he referred to two books in the Member's Library.

We last attended a work shop on the 88 with Simon early in 2018; then it was the form and road map that was covered (all 88 moves in one day) whereas this year, as with the 24 last year, Simon went through some finer points about the routine, the Taijiquan forms in general with a large focus on the applications to provide a canvas for our understanding of the forms.

I took notes, audio recordings and some short videos of 4 key moves where there were significant corrections.

As always, there were minor revisions to the details of many of the moves and, just to mix things up.

For detailed report on the subtle changes, please see the report in the members' area..